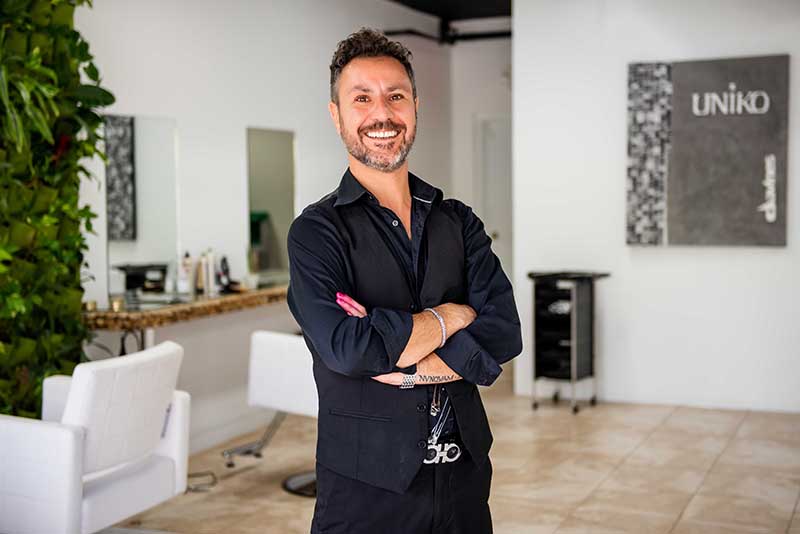 Known as one of the premiere hair stylist in Cayman, Massimo journey begin at the age of 16 in a small southern Italian city where at the age of 22 he opened his first hair salon. His chosen, because of his talent to be part of Revlon Professional Artistic Team and contributed to vogue Italia and worked with Italian celebrities like Miss Italia Denny Mendez, Francesca Chillemi & Antonella Clerici.

Massimo soon he realized needed more and moved to London where he studied Hairdressing in a prestigious British school. He was selected to be part of a hairstylist team on a luxury cruise ship, where he was picked to be part of a SKY TV documentary about life on a cruise ship. His time on the ship was a milestone for his professional career and also very enriching on a personal level.

His curiosity and creative personality brought him to New York where over the years working alongside famous Hairstylists became well known with the city’s jet set, his reputation brought him to be a personal stylist for European and middle eastern Royal family members.

In 2013 Massimo moved to Cayman, where his love for the place, the environment and fashion brought him to open Uniko the first ecosalon in the Cayman Islands. 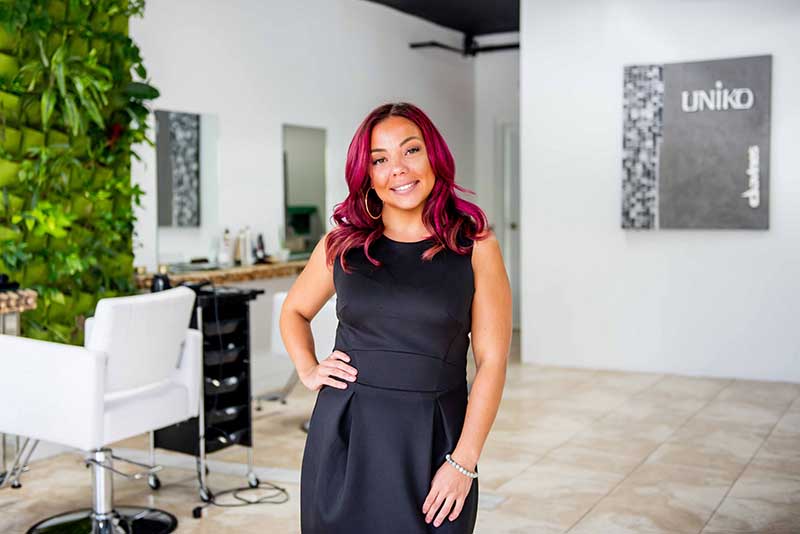 Uniko is excited to introduce to the team, Kayla Muhlethaler. Kayla is a Canadian hair stylist who has been in the industry for 7 years. Kayla has worked alongside educators and is always keeping up to date with the latest and greatest trends. Kayla has a lifelong passion for hair and fashion. Her favorite thing about doing hair is making her clients feel their absolute best and seeing the twinkle in their eye. 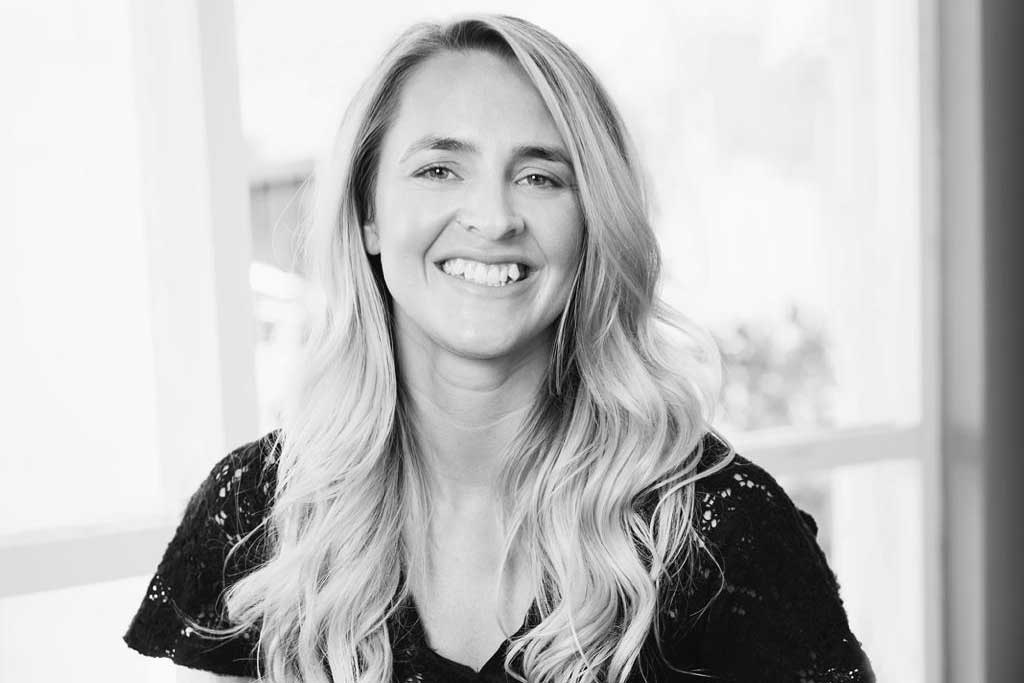 Uniko is excited to introduce to the team, Sandy McCombs. Sandy is a creative stylist whit respect for living an environmentally conscious lifestyle. Sandy made the move to cayman in 2012 and continues to take every opportunity to take a trip off island to stay current with new trends and technique along with blending techniques as balayage and foil-age. she is a master specialize on Curl Hair and extension.